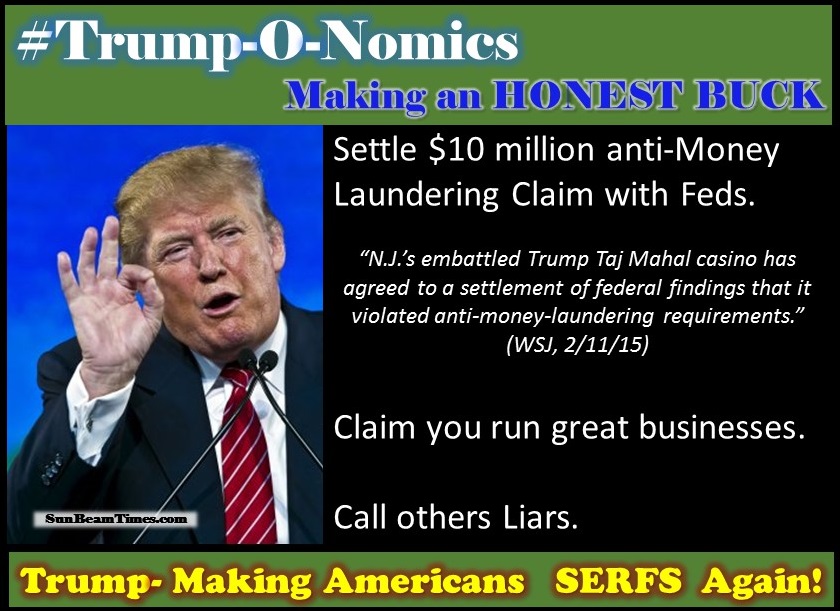 The game’s up. Trump has been implicated in two felonies. There’s a clear case for impeachment.

Everybody knows – or should know- that Trump is a money launderer with a murky past. So impeachment should just be the first step.

Once out of office, he should be indicted.

Yes, he is innocent until proven guilty. So let’s go ahead and prove him guilty. It shouldn’t be that hard.

Trump’s personal lawyer, Michael Cohen (upper right), has confessed to breaking campaign finance laws at Trump’s direction. And Cohen is intimating he has a lot more to tell.

Trump’s former campaign manager, Paul Manafort (lower right), has been convicted of tax fraud and other felonies that could put him behind bars for the rest of his days.

I don’t know about you, but it would be music to my ears.

Even this craven Congress can’t ignore the overwhelming evidence building against Trump. They might fear retribution from his base if they impeach him. But they have more to fear from the rest of the electorate if they don’t.

And if Mike Pence pardons Trump – as Gerald Ford did with Richard Nixon – he knows how the voters would react.

After all, Trump’s base is less than 40 percent of those voters. So Congress – and Pence – should do the math.