I thank him every chance I get.

Pascal Antoine was the man who introduced me to the internet back on 1997! I remember the day well. It was at his apartment in Brooklyn where he, um, loaned me a copy of Teach Yourself HTML 4 which I used to, well, teach myself HTML 4, design my own websites and become the man I am today! (Yes, Pascal, it was a loan. That’s my story and I’m sticking with it! I’ll return it soon!)

Pascal Antoine is the myth, who as “CoolP” was getting tens of thousands of hits to his FreshFinesse.com website back in 1996, when AOL was dial-up, and Mark Zuckerberg was 12 years old.

Pascal Antoine is the legend, who as Rapper “Antoine” was featured on BET (um, that was on my record label), and on whose light and funny video for “canufeelit” I made a cameo appearance.

Pascal Antoine is the French-born force for social change who is now founder of the immensely popular HaitXchange.com website, and who uses his considerable technical skills and videographer’s eye to reveal a different side of Haiti for the benefit of residents, expats and the world at large. He even arranges tours to show Haiti to tourists, business prospects and anyone interested in seeing the world through a different lens.

Yesterday, we had lunch at Vegetarian Paradise Two (Yes, Vina, I’m still here), and then hung out in a Starbucks at Union Square where, once again, he’s bringing me (kicking and screaming this time) into the 21st Century with ipads and iphones, and other technology and platforms I’ll be using during my next China excursion. Yes, I’m now seriously considering actually getting a smartphone to replace my camera! I resisted it, but after Pascal blogged about our meeting right from Starbucks (scooping me by a few hours), and responded to emails with voice commands, who knows, Siri might actually become my new best friend! 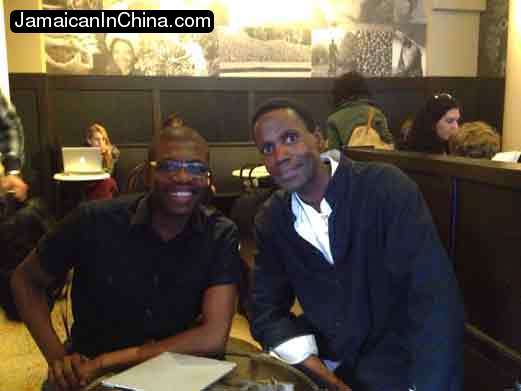 The man, the myth, the technology maven! Photo by iphone 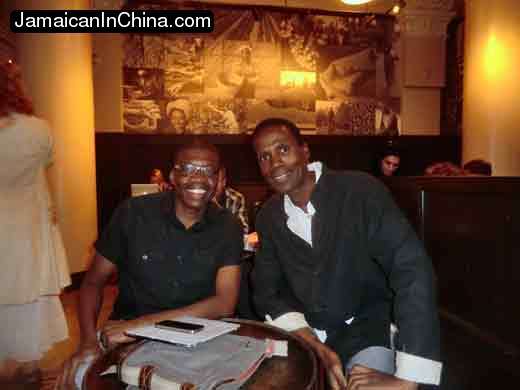 The man, the myth, the technology maven! Photo by digital camera