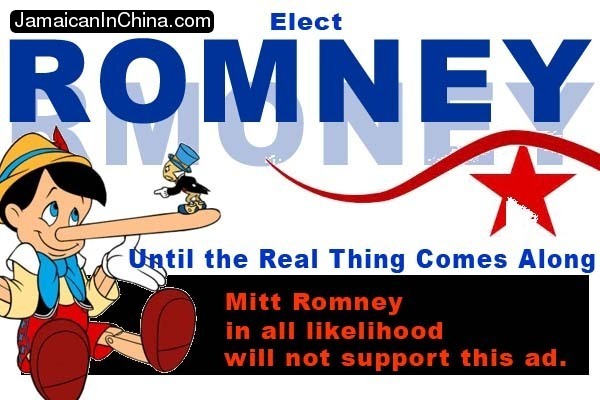 The Jamaican in China gets political!

It was the perfect storm. A dangerous combination. Too much time on my hands. The humor of the Rachel Maddow Show. The Republican campaign….and Mitt Romney. I couldn’t help it.

Mitt’s friends in high places all seem to endorse him while at the same time, acknowledging quite publicly that Mitt’s not quite the candidate the party had hoped for. In other words, Rachel suggested, “He’s not the best, but vote for Mitt in the meantime….” and immediately, the lyrics “…until the real thing comes along” popped into my head!

Trust me, I fought it. I gave myself a thousand reasons NOT to do this. I’m not into politics. I’m just a humble author and writer. I’m just a non-political Jamaican enjoying my freedom traveling the world. The last thing I want to do is get involved in the political debate. Not to mention, I happen to like the Billie Holiday version of that song.

So many questions. How will this affect my brand? Should I do this under a secret identity? Will I forever ruin people’s association with this beautiful song? Should I use the Frank Sinatra or Dean Martin version instead?

Ultimately, my creativity (i.e. my ego) got the better of me. Quite honestly, I couldn’t be the only one who had the same thought last night. And quite frankly, I didn’t want someone else creating this and getting a million hits on Youtube. After all, Billie Holiday took time out of her busy afterlife to inspire me, and I’ve always dreamt of having a Youtube video go viral.

So, brand be damned. Pishaw to Political correctness! I must do this. All publicity is good publicity, anyway. Just spell my name right.

So, with appropriate and heartfelt apologies to the estate and memory of Billie Holiday, I present to you a campaign ad with my suggestion for Mitt Romney’s new election slogan: “Elect Mitt Romney. Until the Real Thing Comes Along.” Click below to watch it or or visit youtube directly by clicking here 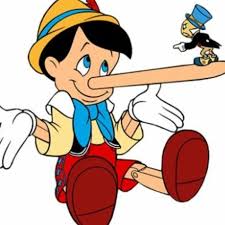